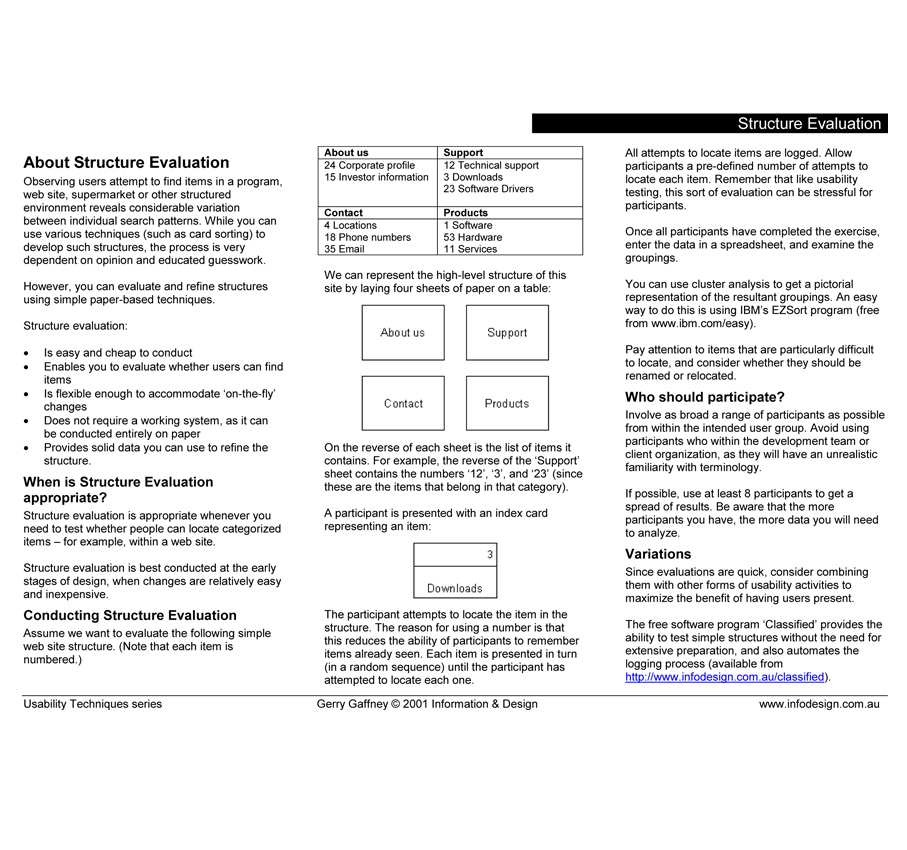 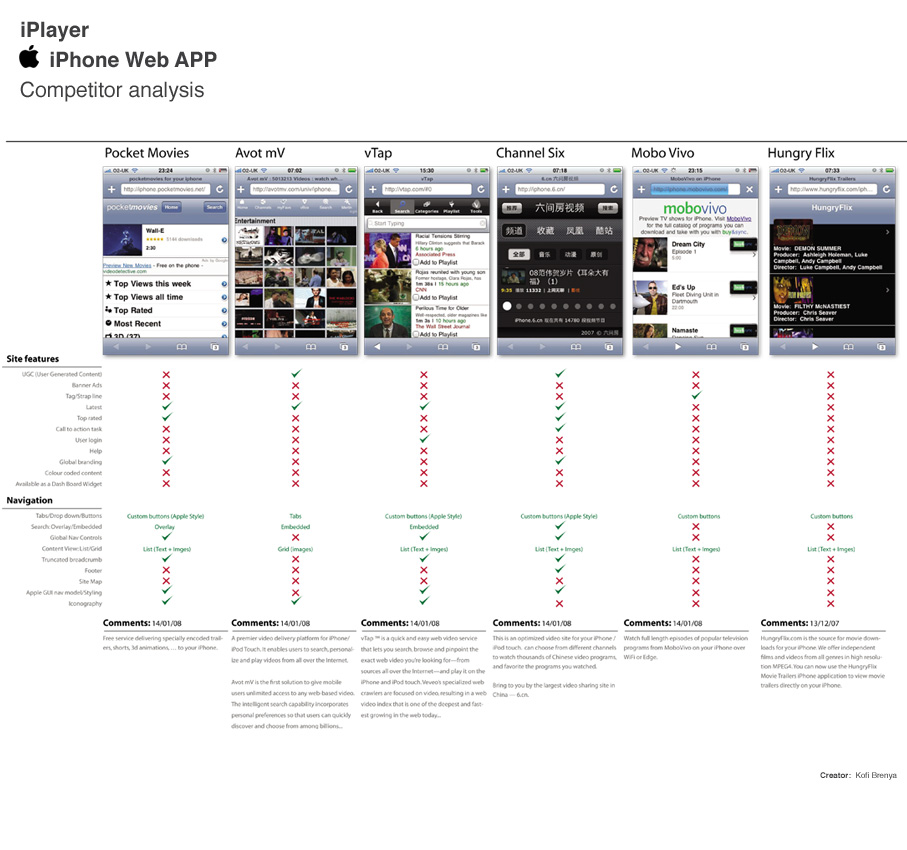 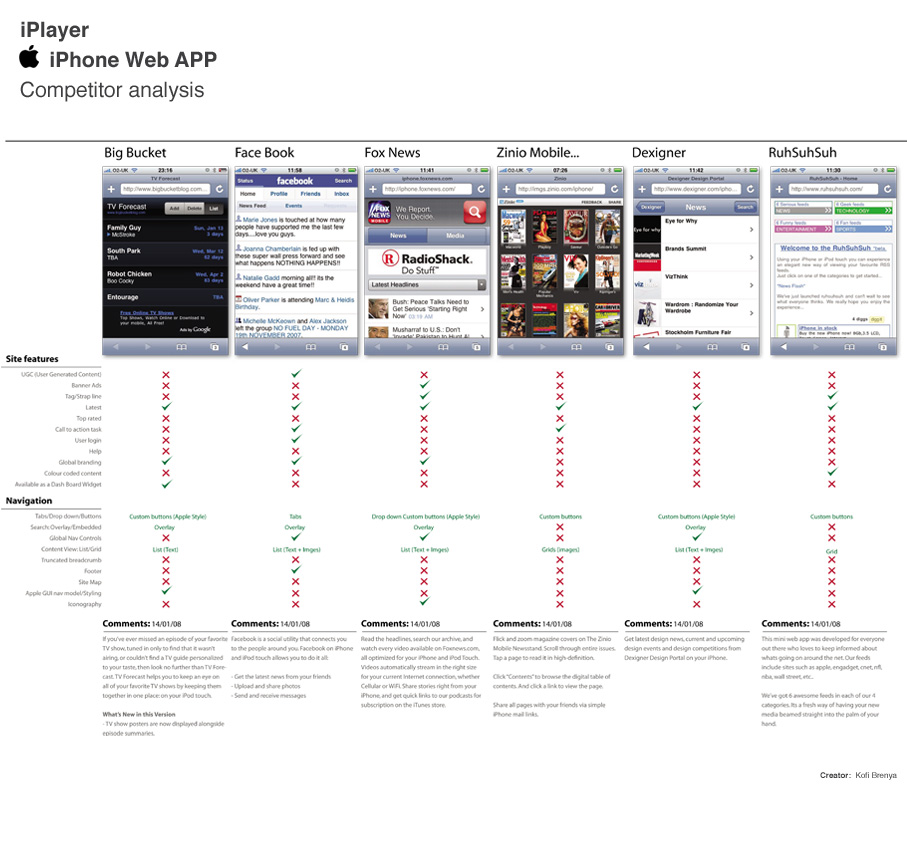 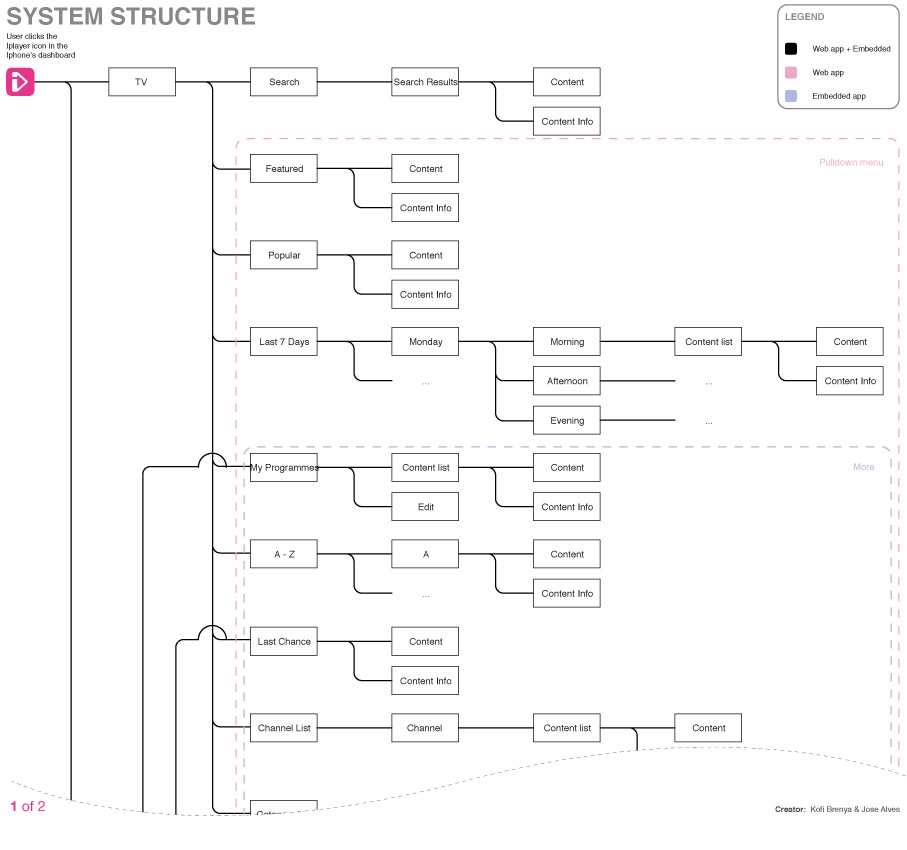 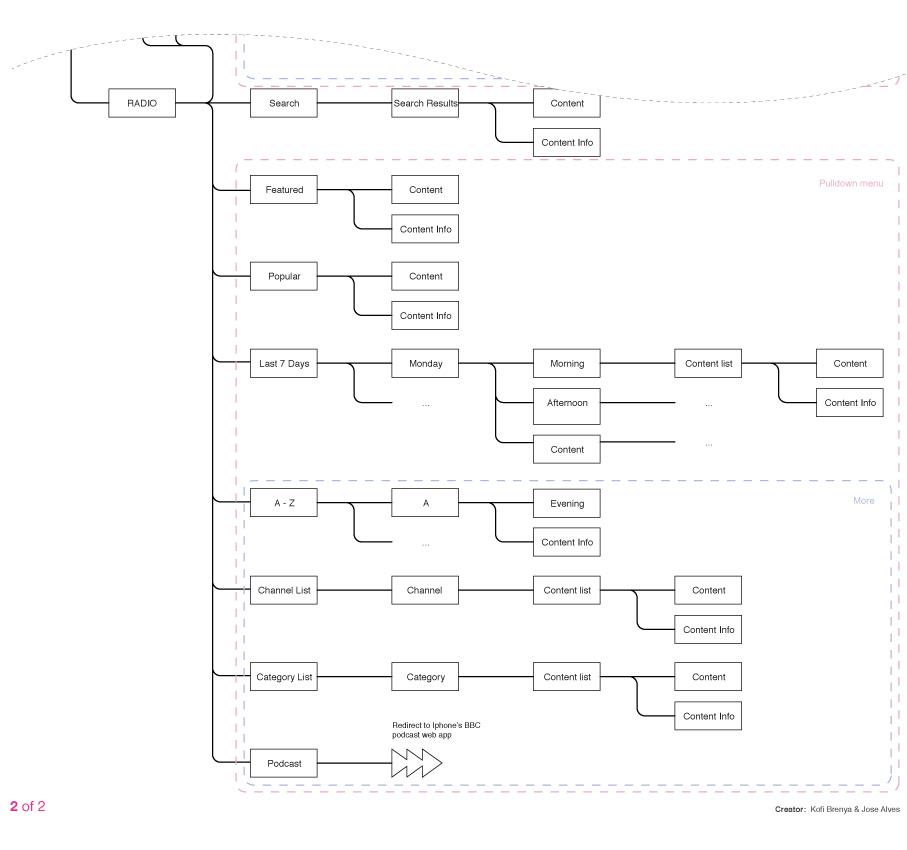 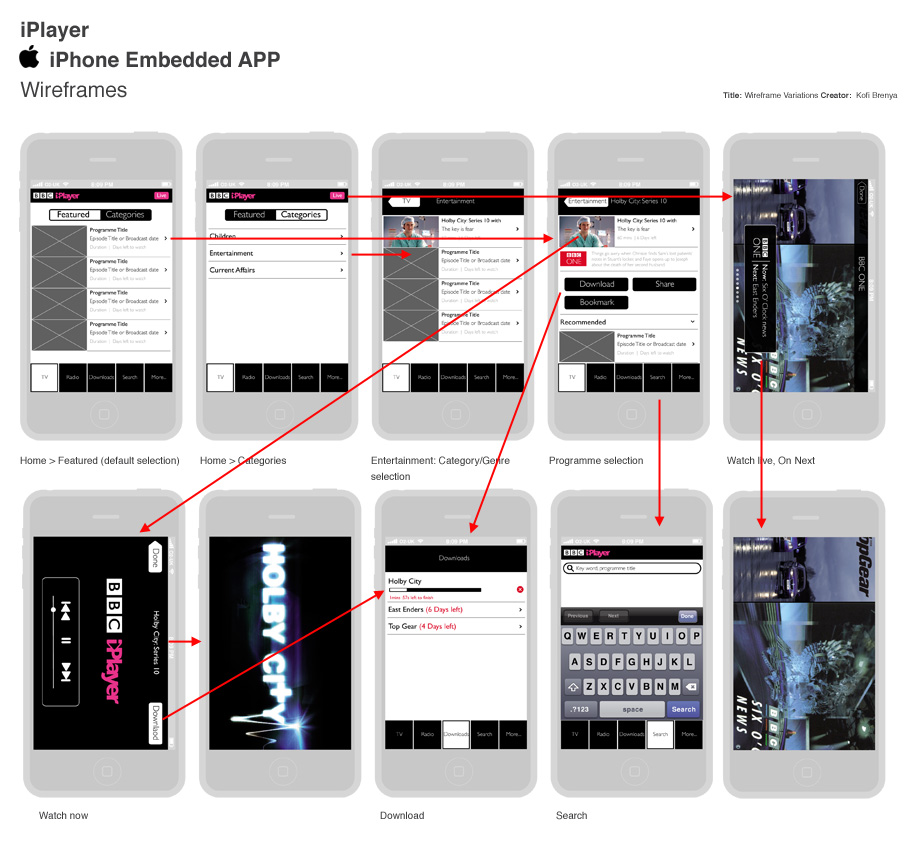 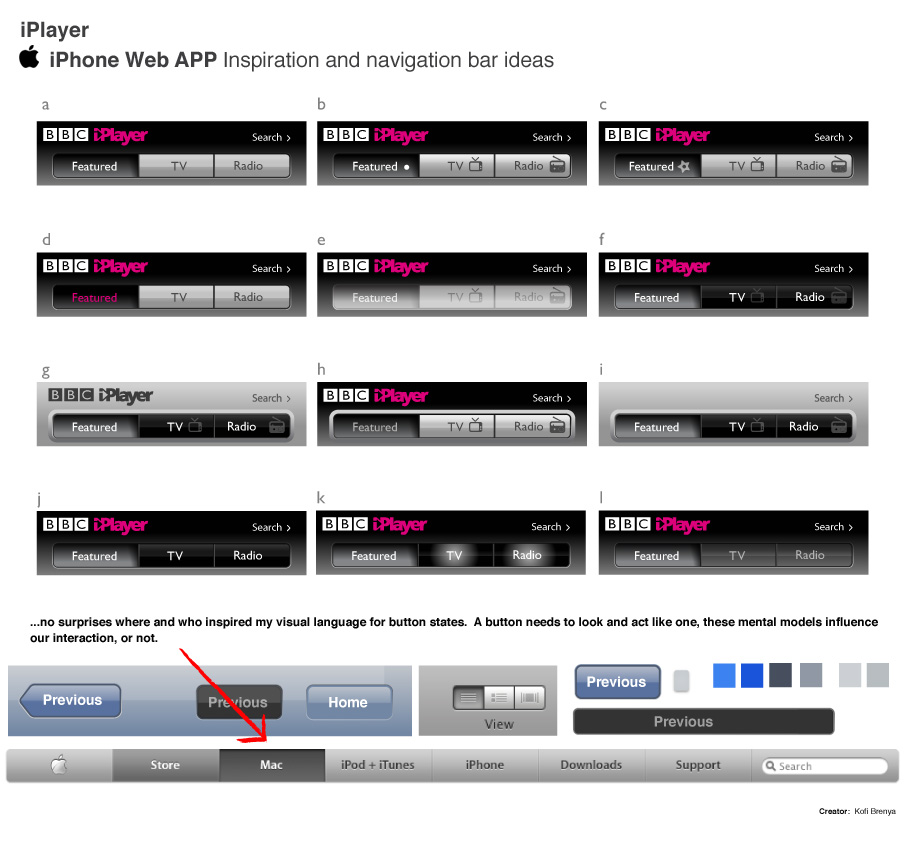 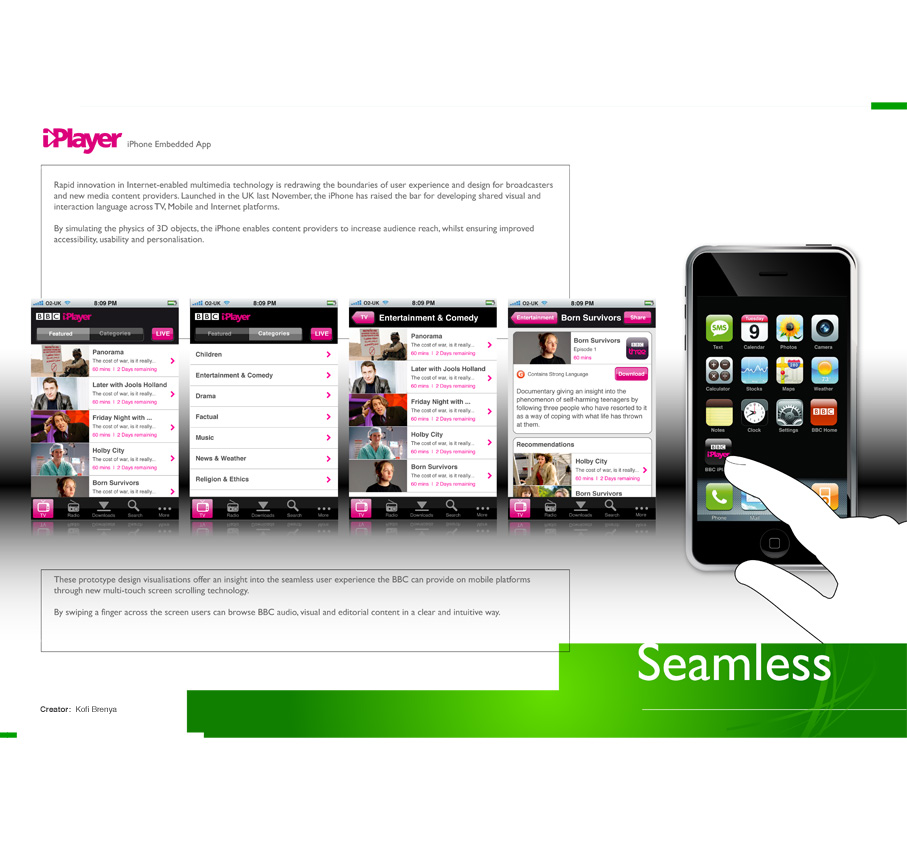 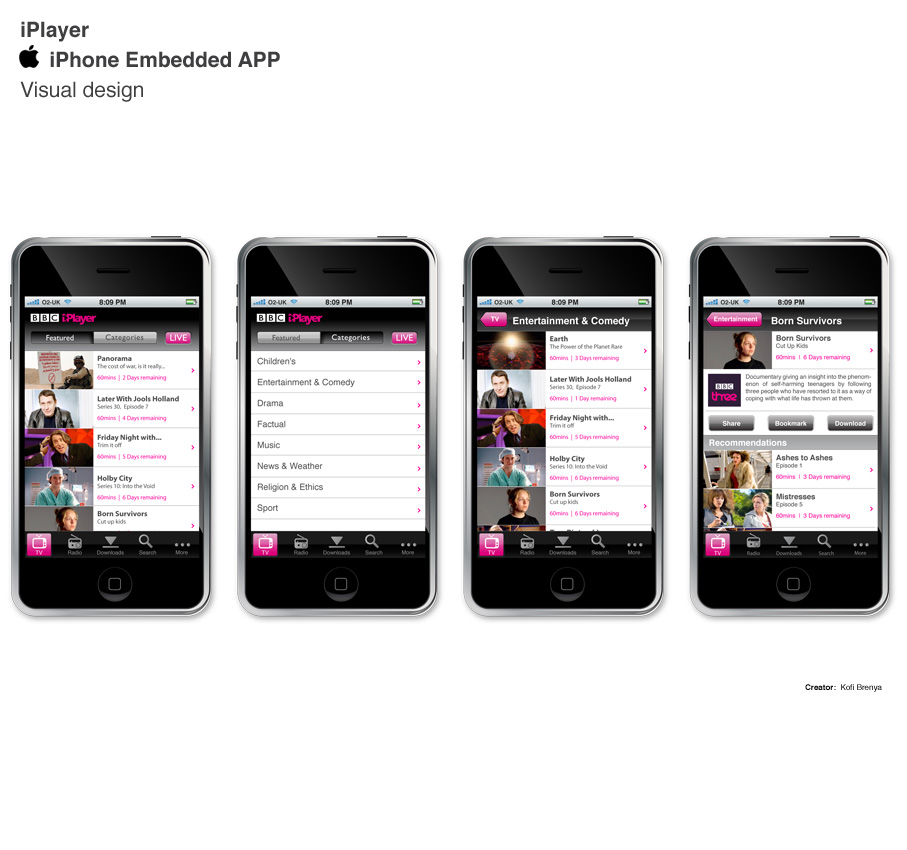 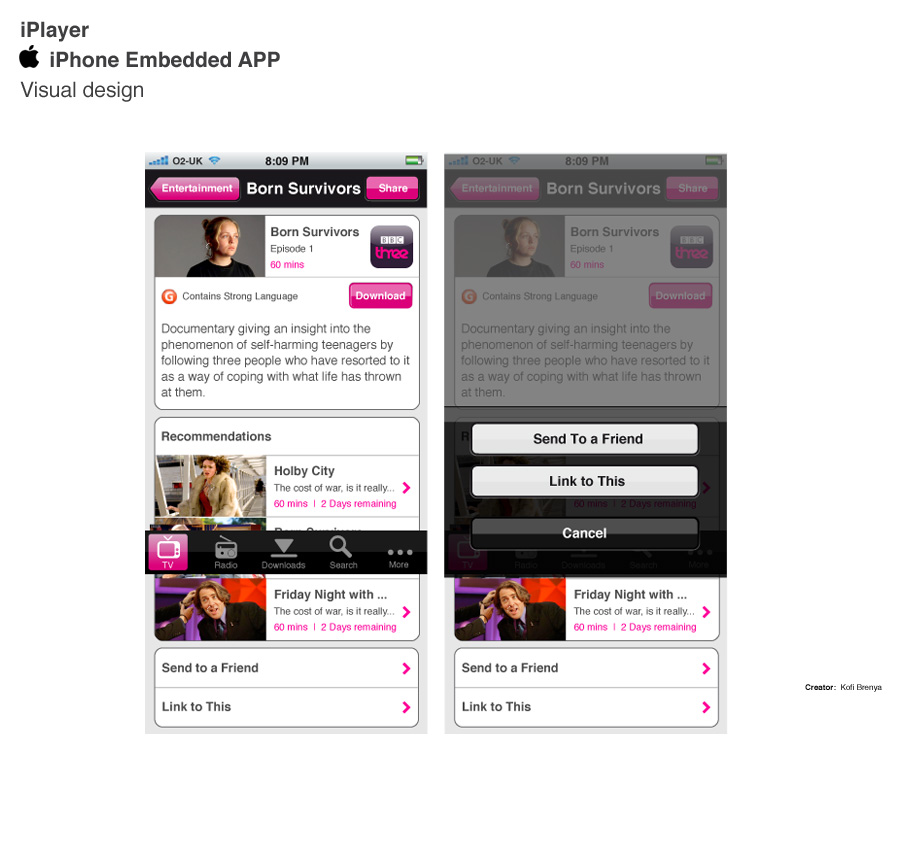 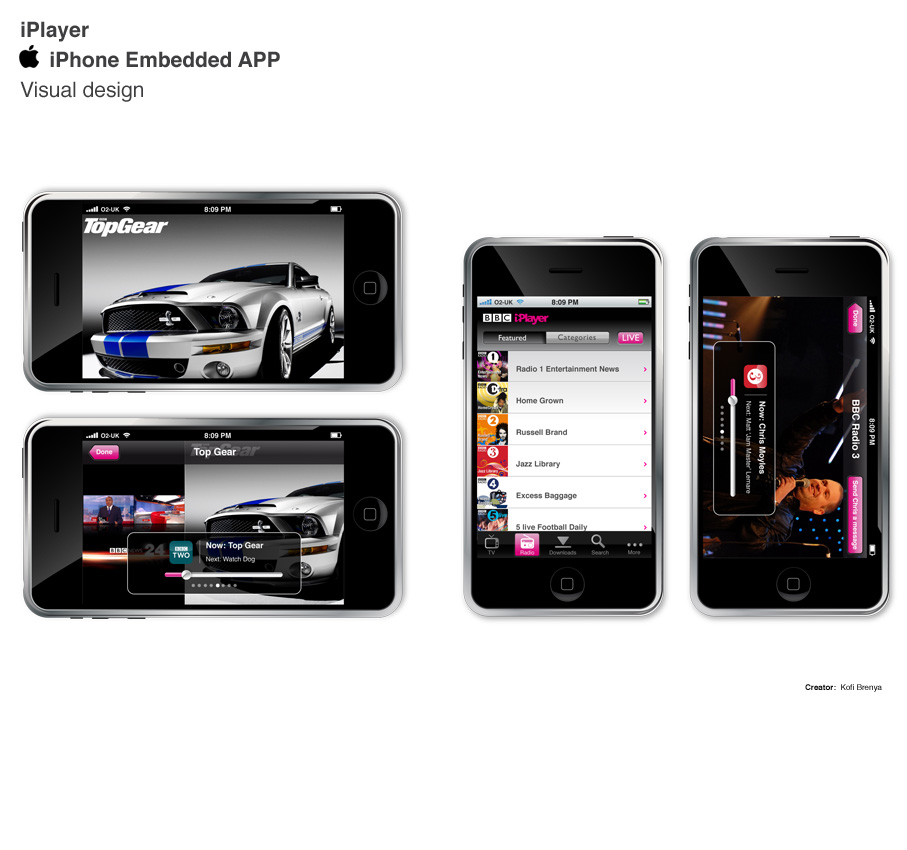 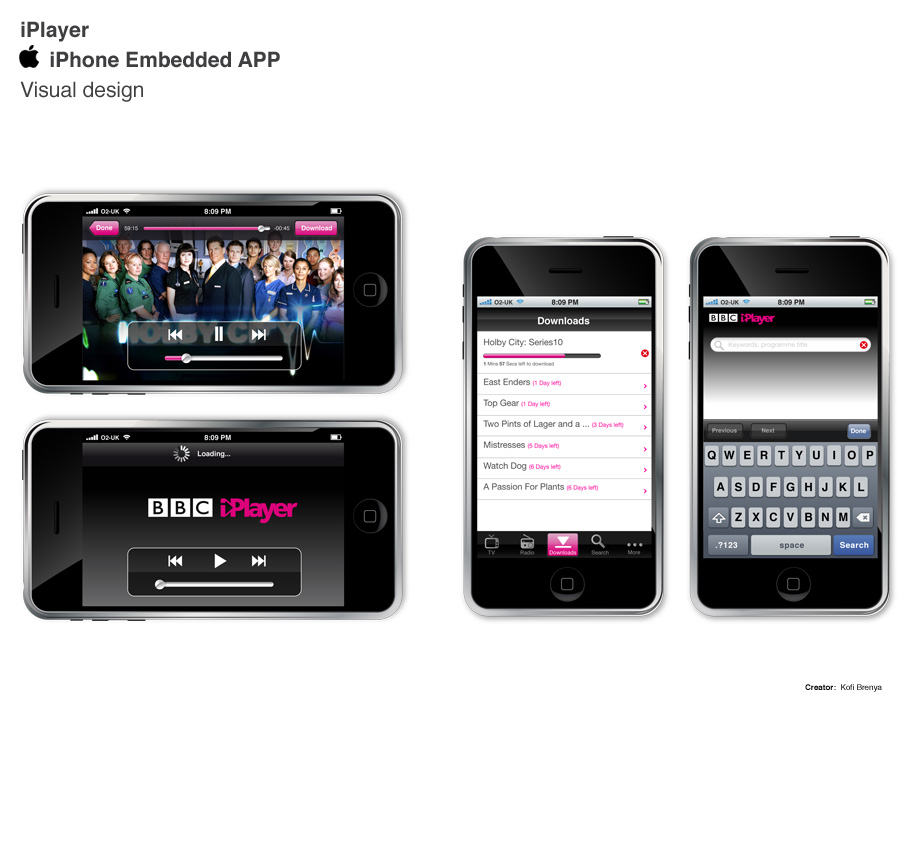 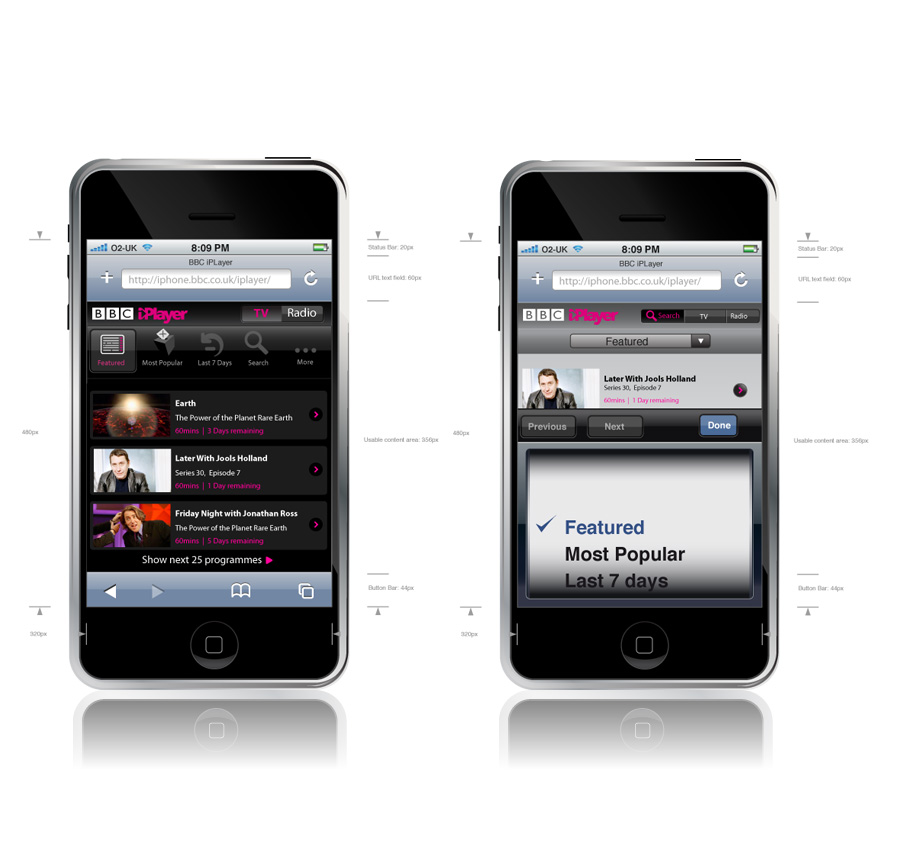 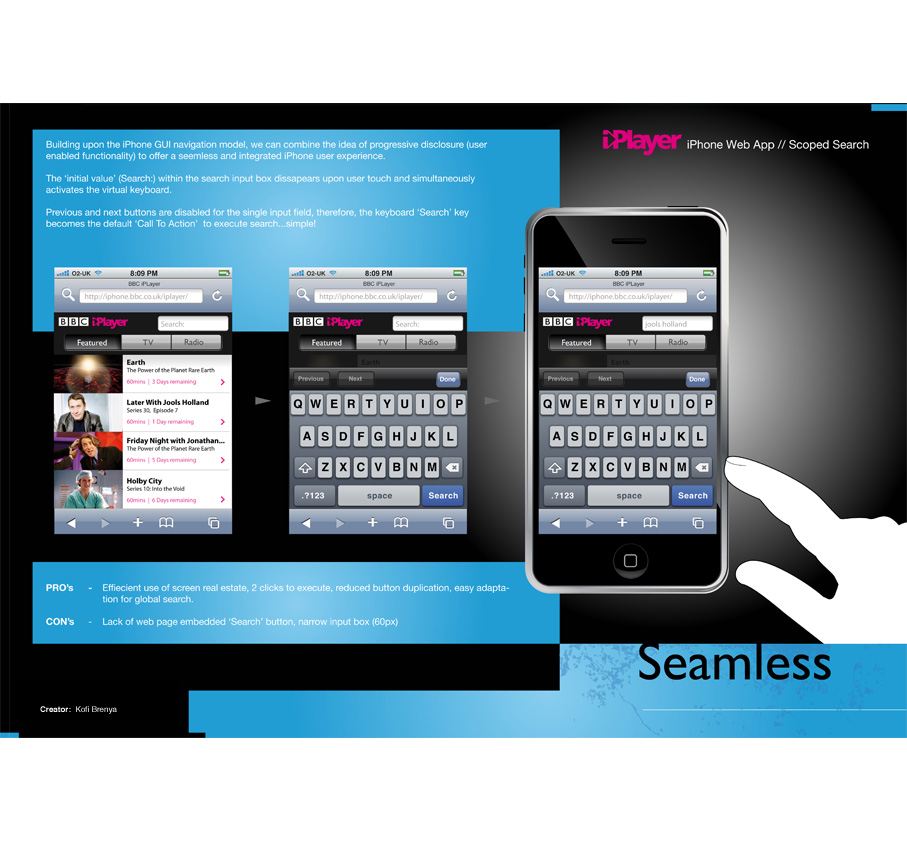 Part of the team responsible for the design and delivery of compelling user experiences across BBC internet, mobile and interactive platforms e.g. BBC homepage, iPlayer, the interactive “red button” service

BBC iPlayer left beta and went live on 25 December 2007. On 25 June 2008, a new-look iPlayer was launched, originally as a beta-test version alongside the earlier version. The site tagline was “Catch up on the last 7 days of BBC TV & Radio”, reflecting that programmes were unavailable on iPlayer after this time (with some exceptions). The BBC state on their website that this is due to copyright reasons. The marketing slogan was later changed to “Making the unmissable, unmissable”. In May 2010 the site was updated again, to include a recommendations feature and a “social makeover”.

BBC iPlayer is an internet streaming catchup television and radio service for people in the United Kingdom. The service is available on a wide range of devices, including mobile phones and tablets, personal computers, and smart televisions.